“To be a bridge between Japan and Indonesia” 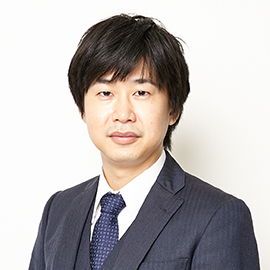 I moved to Indonesia after working for a Japanese law firm with a focus on handling cases with an international dimension.
In my first year in Indonesia, I studied in the University of Indonesia (Universitas Indonesia) Faculty of Law and learned about business related laws including the Company Act and the Labor Act.
I also studied Islamic Law (Sharia) which influences Indonesian culture, and deepened my understanding of Indonesian law.
Lawyers (concurrently lecturers in the University of Indonesia) and my students from that time are my current business partners.

Upon completion of my studies, I worked in the Embassy of Japan in Indonesia.
I was a diplomatic official working in the Japanese Business Support team in the Economic Section, and I supported Japanese Companies doing business in Indonesia for two years.
My assistance to these companies was based on my legal knowledge and my experience as a lawyer.
In addition, I was in charge of certain trade negotiations with the Government of the Republic of Indonesia including the General Review of the Japan-Indonesia Economic Partnership Agreement.
These negotiations included at times multilateral negotiations and lobbying the Indonesian government in conjunction with other States.
Through those experiences in Indonesia, I came to know the common bottlenecks and sticking points of Japanese companies in Indonesia and how best to solve them.

I would like to be of help to your business in Indonesia; I provide prompt legal services and would welcome working with you and hearing from you.

Finally, I feel that I was greatly helped by many Indonesians throughout my Indonesian life.
I would be honored to legally assist Indonesians and Indonesian companies in Japan.
If you run into any trouble in Japan, please feel free to contact me.